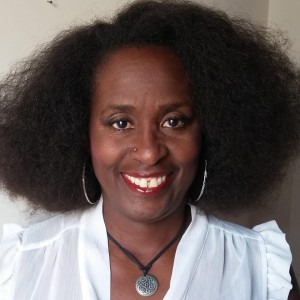 Jennylynd James is an artist, writer and vocalist, with a long work history as a food scientist. Born in Trinidad and Tobago, she was awarded a Canadian Commonwealth scholarship in the 1990s to complete graduate studies at McGill University. She earned a PhD in food science and worked in this field for more than 20 years, gaining international experience in the United States, Latin America, Europe and Canada.

Dr. James received a commission from the Food and Agriculture Organization (FAO) of the United Nations to produce an industry guidance document entitled ‘Processing of Fresh-cut Tropical Fruits and Vegetables’. She developed curricula for two new food science courses in the food science and technology program at Centennial College, Toronto. She now works as a technical consultant for the food industry, assisting companies in establishing food safety programs, training staff, and auditing to meet international food safety and quality standards.

Dr. James is a single mother who arrived in Toronto with her teenage daughter in the winter of 2011. Not having family and friends in the city, she was resourceful in starting over her life and making a major career shift. She has explored and developed her artistic talents seeking to share her love of the arts to enrich the lives of the general public. Dr. James has staged numerous solo art exhibitions and participated in art shows with local and regional art initiatives in Ontario. Her artistic awards include publications in “The Big Art Book”, Scarborough Arts, Toronto, Juried artwork commemorating 150 years of Canadian Independence, January 2017 and January 2018. In September 2016 her painting, “Serenity”, was featured in the Sublime Landscapes Collection on Saatchi Art’s homepage collection of Sublime Landscapes. Her painting “Jazz Trio” was awarded Honourable Mention in the acrylics category at the 2015 Juried Fall Show of the Society of York Regional Artists (SOYRA), Aurora, Ontario.

Her artwork is held by collectors in Canada, the United States, the Caribbean and United Kingdom.

Dr. James volunteers as a soprano with the Toronto Mendelssohn Choir in which musicians and vocalists work to bring the best classical music to communities in the Greater Toronto Area through a year-long series of concerts.

She has written a series of travel memoirs to chronicle her many adventures in relocation. These memoirs, sold on Amazon.com, offer social commentary with lessons in resilience and thriving, serving to empower and motivate readers. She regularly does book readings promoting the traditions of storytelling and appreciation of literature and reading. Her memoir ‘Escape from Ireland’ was long listed in the non-fiction category of the Harlem Book Fair, New York, in 2015, promoting Canadian literary works to an American audience.

Dr. James’ recent awards include: recognition in the Book of Distinguished Diaspora by the Consulate General of the Republic of Trinidad and Tobago in Canada, August 2012; and the Black Canadian Awards 2015 Role Model given by the Diversity Advancement Network in recognition as a role model inspiring members of the community positively with high achievement and contributions that are a source of encouragement to others.